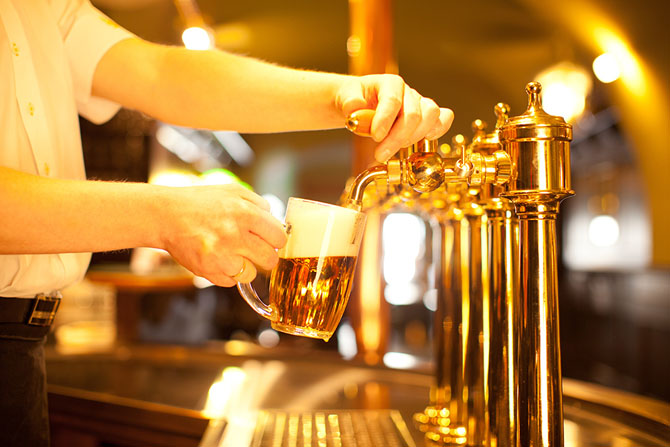 Beer lovers all over San Diego are rejoicing at the newest craft breweries that have opened around the area lately. Some of these are a bit of a drive, but worth it. Check out these new craft breweries: 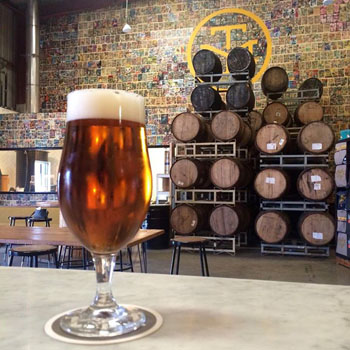 Modern Times. Located in Point Loma, the Modern Times has a super hip tasting room with 16 taps. You’ll find they keep a unique mix of beers on-tap–variations on their core beers, pilot batches, and mysterious experiments. They don’t offer food, but you are welcome to bring in food or have it delivered to the tasting room. Make sure you try their Black House Coffee Stout – they roast their own coffee in house. http://moderntimesbeer.com/tasting-room/point-loma

Green Flash/Cellar 3. Located in a business park in Poway, the new Cellar 3 tasting room is an extension of the well-established Green Flash Brewing Co. In total, their two tasting rooms have 30 taps pouring Cellar 3 and Green Flash beers, plus experimental brews, some of which are extremely unique. Beer geeks flock here for the tours and the chance to taste exclusive beers you won’t find anywhere else. They have a food truck parked permanently on site and a great outdoor beer garden. Oh, and it’s dog friendly! http://www.greenflashbrew.com/cellar3/

The Confessional by Lost Abbey. Many craft brewer lovers in the San Diego area make the trek out to San Marcos to visit the Lost Abbey brewery, but now there is a much closer option! The new Confessional/Lost Abbey tasting room in Cardiff has opened to rave reviews from locals as well as San Diegans. Within view of the ocean, The Confessional has 24 Lost Abbey and Port Brewing beers on tap, and you can get tasters, pints, or growler fills. They don’t serve food, but East Coast Pizza is right next door so you can have the classic pizza and beer combo! http://lostabbey.com/ 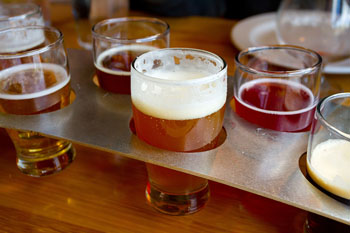 Toolbox Brewing Company. This addition to San Diego area brew scene is located in Vista and is the area’s first and only wild ale brewery. They specialize in sours and Brett beers (from the Brettanomyces yeast; think wild, funky flavors with unique colors and fruit tones); if you’re a fan of sours definitely try the Tart X. They’ve also got other options on tap if you’re a non-beer drinker — kombucha, coffee and tea. http://www.toolboxbrewing.com/

Nickel Beer Company. As if you needed another excuse to make a trip out to the cute little town of Julian, you can now visit Nickel Beer Company every day (just down the street from the main shops). This little gem offers 16 taps of beer on the line, all brewed in-house, plus a dog-friendly beer garden. Try the traditional beers, but since you’re in Julian, also try the Apple Pie Ale. It’s an inventive hybrid of beer and cider, both of which are crafted right there in Apple Town. http://nickelbeerco.com/